Reinhold Friedrich Trumpet Interview – The Other Side of the Bell #71

Welcome to the show notes for Episode #71 of The Other Side of the Bell – A Trumpet Podcast. This episode features trumpeter Reinhold Friedrich. 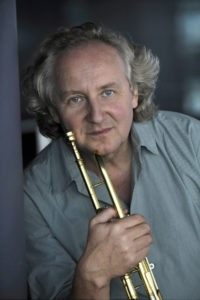 Born in Weingarten / Baden, Reinhold Friedrich has been a guest of all major stages around the world since his success at the ARD International Music Competition in 1986. Strongly influenced by his teachers Edward H. Tarr (Schola Cantorum Basiliensis, Basel) and Pierre Thibaud (Conservatoire Superieure de Musique Paris). He has always considered that old and new music belong together. The re-discovery of forgotten works of the Romantic period and the classical modern era lie particularly close to his heart, as does his interest in avant- garde music.

He gave his debut performance at the Berliner Festwochen with “Sequenza X” by Luciano Berio. This was followed by his first appearance as a soloist at the Musikverein in Vienna with the Vienna Academy under Martin Haselböck, playing the trumpet concerto by Joseph Haydn on the historic keyed trumpet. His involvement with historical performance practice has brought him together with a variety of orchestras such as the Orchestre des Champs-Elysees, La Stagione Frankfurt, Kammerorchester Basel, L’arte del mondo, Concerto Melante, the Berliner Barock Solisten as well as the Cappella Andrea Barca under Sir András Schiff. The focus of this collaboration was often on the 2nd Brandenburg Concerto by J.S. Bach, whose rendering is near and dear to Friedrich. 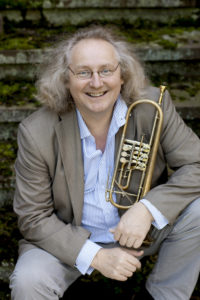 Reinhold Friedrich is a professor of trumpet at Karlsruhe University of Music, a sought-after lecturer for master classes, and honorary professor at the Royal Academy of Music in London, Escuela Superior de Musica REINA SOFIA in Madrid, and as well as in Hiroshima / Japan. His former students are winners in almost all major international competitions and hold leading positions or professorships throughout Europe, Tokyo, Tel Aviv, Moscow, and Rio de Janeiro. 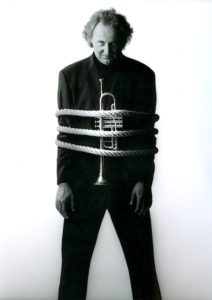 Reinhold Friedrich was awarded another ECHO Klassik for the recording of the “Russian Trumpet Concerts” (MDG) with Göttinger Symphony Orchestra conducted by Christoph-Mathias Mueller. Numerous other CD recordings document his multifaceted work, including the first recording of the trumpet concerto “Pieta” by Christian Jost (Coviello) and the recording of the second Brandenburg Concerto (Sony) with the Berlin Baroque Soloists under Reinhard Goebel, which won the OPUS Classical price of 2018. A recording of Stravinsky’s L’histoire du Soldat (with Isabelle Faust) at the Wigmore Hall London is in the planning stage.

Upcoming concerts will lead him to the Elbphilharmonie (concert by Bernd Alois Zimmermann), to the Osaka Century Symphony Orchestra, and the Hiroshima Symphony Orchestra (concert by Toshio Hosokawa), to Siberia (UA “Spirit of Siberia” by Enjott Schneider), to the National Orchestra Yerevan (concert by Ilya Chakov), to Australia with Wolfgang Rihm’s trumpet concert “Marsyas” and to the Lucerne Academy Orchestra under the direction of George Benjamin, with Nuria Rial to the Handel Festival in Halle and with the Berliner Barock Solisten under Reinhold Goebel to Lutry and Versailles. He will also be performing in Katowice, Warsaw, Wroclaw, Geneva, Groningen, Hamburg, Bremen, Freiburg, Dusseldorf, Nuremberg, Lyon, Armenia, Korea and Taiwan.