Welcome to the show notes for Episode #10 of the Trombone Corner podcast. This episode features trombonist, conductor, and composer, Christian Lindberg. 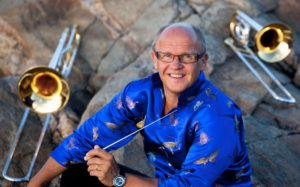 In September 2015 Christian Lindberg was voted “THE GREATEST BRASS PLAYER IN HISTORY, by the worlds biggest classical radio station CLASSICFM, and on the 1st of April Christian Lindberg was given  “International Classical Music Award 2016” at the Gala Ceremony in in San Sebastian, Spain. Previous winners were Esa-Pekka Salonen (2011), Krzysztof Penerecki (2012). Charles Dutoit (2013), Aldo Ciccolini (2014) and Dmitri Kitajenko (2015).On top of this Christian has just signed a 5 year Music Director contract with Israel Netanya Kibbutz Orchestra, rated by Israeli Council of Art and Culture, side by side with Israel Philharmonic as the best orchestra in the country. Christian Lindberg’s achievements for the trombone can only be compared with those of Paganini for the violin or Liszt for the piano.

Having premiered over 300 works for the trombone (over 90 major concertos) recorded over 70 solo CDs, having an international solo competition created in his name, been voted brass player of the 20th century side by side with Miles Davis and Louis Armstrong, Christian Lindberg is today nothing less than a living legend. 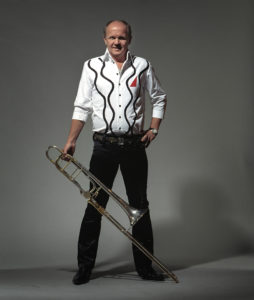 In 2009 Lindberg signed contract as principal conductor with his third orchestra, The Norwegian Arctic Philharmonic Orchestra (the two previous ones being Nordic Chamber Orchestra 2004-2011 and Swedish Wind Ensemble 2005-2012). Since then he has prolonged his contract twice and their collaboration runs for the moment up to 2017 including major recording projects on BIS (Tchaikovsky Symphonies no 4-6 among other things), a major tour throughout Japan and performances at Beethovenfest, Musikverein and Salzburg Festspielhaus. 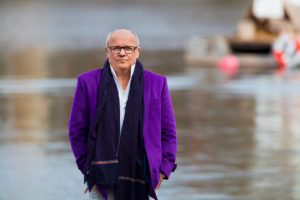 Christian Lindberg’s own philosophy regarding his work as a composer is simple: “I do not write in any style whatsoever! I just listen to what my brain and my soul tell me, and what I hear I simply put down on paper. To say anything more about my work would be pretentious nonsense.”