Danny Falcone Trumpet Interview – The Other Side of the Bell #84

Welcome to the show notes for Episode #84 of The Other Side of the Bell – A Trumpet Podcast. This episode features trumpeter Danny Falcone. 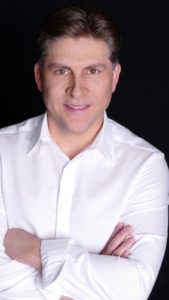 After high school he moved to LA to attend USC and toured and played with some of the world’s finest orchestras, including the London Philharmonic. After his time at USC, Danny returned to Las Vegas, playing for many headliners and production shows until he was asked to join the Tom Jones band as the lead trumpet player in 1998. After a 2 year world tour, Dan returned to Las Vegas to perform in a Ricky Martin production, “Storm”, at the Mandalay Bay Hotel. The musical director was Jerry Lopez, leader of the iconic band Santa Fe. A few years later Dan joined Santa Fe and the Fat City Horns and has been with the band ever since. 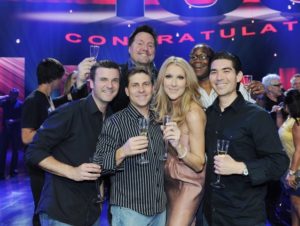 Danny with Celine Dion and members of the band.

Dan performed with Toni Braxton for more than a year before joining the Las Vegas production of Broadway hit “Jersey Boys”. At this same time, Dan was hired to perform with Bette Midler (The Showgirl Must Go On), for her two and half year run at the Colosseum at Caesar’s Palace culminating in an HBO concert performance. For the last ten years, Dan has been the lead trumpet player for Celine Dion both in Las Vegas and around the world on tour.

Daniel has most recently been hired to play lead trumpet with Lady Gaga on her new Jazz and Piano show. 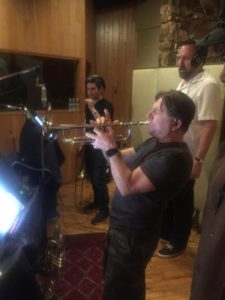