Welcome to the show notes for Episode #8 of the Trombone Corner podcast. This episode features trombonist and bass trumpeter of Mnozil Brass, Leonhard Paul. 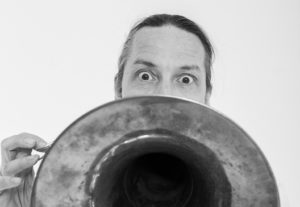 Leonhard Paul is the trombonist and bass trumpeter in the world-famous Mnozil Brass and the Wieder-Gansch-Paul Trio. Originally from Vienna, Austria, Leonhard received diplomas in pedagogy studies and trombone studies from the University of Music and Performing Arts Vienna. He went on to receive a degree in jazz trombone from the Conservatory of Music Vienna where he studied under Erich Kleinschuster.

Since 2005, Leonhard has been a professor at the University of Music and Performing Arts Vienna-MDW where he teaches chamber music, period music (sackbut), and popular music. 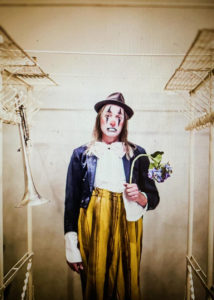 Besides his busy schedule with the Mnozil Brass, Leonhard has also performed on sackbut with the Wiener Akademie, Concentus Musicus Wien, and Tonus and on trombone with Salonorchester Alhambra and Die Eiserne Zeit among others.

Coincidence writes the beautiful stories. Albert Wieder, Thomas Gansch and Leonhard Paul started at some point, Playing an encore at the end of each Mnozil Brass Show. On every tour a new one.

Into the blue, very spontaneous, not rehearsed, standing on stage and doing, what music is about – communicating. That’s how, during the last years, a whole concert program developed.

Bass, melody and harmony.
You could say “Earth, Wind and Fire” – but that is already taken.
So let’s call it  “Wieder, Gansch & Paul“