Welcome to the show notes for Episode #68 of The Other Side of the Bell – A Trumpet Podcast. This episode features trumpeter Niall O’Sullivan. 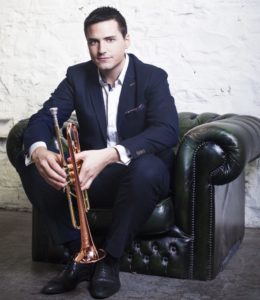 Internationally acclaimed cross-genre trumpeter Niall O’Sullivan has performed all over the world, from orchestral playing to his solo theatre show. Niall has performed in some of the world’s most stunning venues throughout Ireland, Europe, Asia and the USA.

Leading his own ensemble, Niall and his fellow musicians continue to dazzle the public and give them a fresh appreciation for the trumpet. Bach to Brecht, Handel to Hammerstien, Purcell to Piazzolla, there is no genre Niall will not tackle.

Niall and his wife, vocalist Shóna, have toured extensively in the USA with their hit show ‘My Funny Valentine’ selling out theatres to rave reviews.

With a love of opera and the human voice, Niall O’Sullivan tries to emulate this passion when performing. 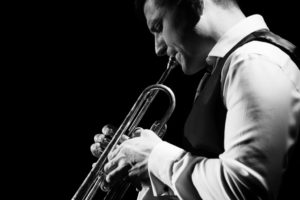 When the trumpet world got word of his growing profile as a performer and recording artist, Niall became a performing artist for Schilke Trumpets, Chicago exclusively. This relationship has seen Niall represent Schilke across the globe, from Dublin to Los Angeles.
Niall’s self titled debut album and ‘Ballads’ EP reached #1 on the iTunes classical and jazz charts respectively.

As an educator, Niall has given masterclasses and tutored for the National Youth Orchestra of Ireland, Royal Irish Academy of Music and Music Generation Ireland. As an examiner, Niall has enjoyed hearing both grade exams and third level performances for various examination bodies.

Niall started performing at the age of eight in the Artane Boys Band, Dublin. With “the best foundation imaginable” in place, Niall started lessons on scholarship at the DIT Conservatory. He then studied at the Royal Irish Academy of Music for a further four years. Niall was awarded a scholarship for post graduate studies at the Royal College of Music, London.