Peter Bond Trumpet Interview – The Other Side of the Bell #63

Welcome to the show notes for Episode #63 of The Other Side of the Bell – A Trumpet Podcast. This episode features trumpeter Peter Bond. 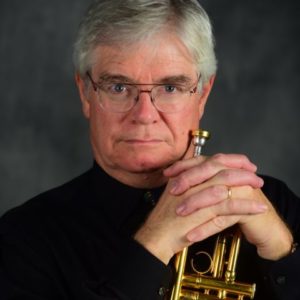 Peter Bond has been a member of the Metropolitan Opera Orchestra since 1992. Raised in Rockford Illinois, his path to the “Met” was atypical; while his future orchestra colleagues were attending professional training programs like Interlochen and Tanglewood, Mr. Bond spent summers on the road with a drum and bugle corps and the rest of his time focused on big band jazz. This pattern continued through college at Western Illinois University, where he received a degree in Music Education. It was only in graduate school at Georgia State University that he turned his attention to orchestral trumpet, studying with John Head, Principal Trumpet of the Atlanta Symphony Orchestra. He has also studied on an “outpatient” basis with Vincent Cichowicz, Adolph Herseth, Arnold Jacobs, Robert Nagle, and James Pandolfi.

After graduate school (MM 1981), Mr. Bond remained in Atlanta, enjoying a busy and varied career as a freelance musician. In 1987 his first orchestra audition resulted in being named Principal Trumpet of the New Mexico Symphony Orchestra in Albuquerque. Five years later, he auditioned for the Met and was offered his current position.

Mr. Bond enjoys getting out of the opera pit now and again for solo appearances, and is increasingly in demand as a trumpet teacher and clinician. He lives in Leonia, NJ with his wife of 34 years, singer Carla Reilly-Bond.