Ralph Pyl Trumpet Interview – The Other Side of the Bell #72

Welcome to the show notes for Episode #72 of The Other Side of the Bell – A Trumpet Podcast. This episode features trumpeter Ralph Pyl.

Listen to the trumpet podcast right from your browser:

This podcast is brought to you by Bob Reeves Brass. 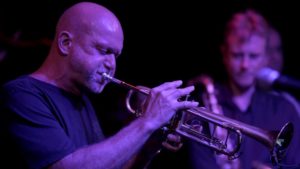 Ralph Pyl commenced trumpet at age 12 on the northern beaches of Sydney Australia beginning his career studying and learning with US trumpet players and mentors John Hoffman and Dick Montz. In 1982 Ralph received a scholarship to study under the direction of Don Burrows at the NSW State Conservatorium of Music and at the age of 18 began a professional career with 3 years of touring with Australia’s renowned Daly Wilson Big Band.

Ralph’s credits have also seen him playing in several stage and theatre productions including 42nd Street, Hot Shoe Shuffle, Porgy and Bess, A Chorus Line, Beauty and the Beast, Guys and Dolls, Cats and Fame just to mention a few. He has also appeared on over 150 albums for vocalists, various bands and numerous Australian and International motion picture sound tracks and TV commercials.

Up until 1998 Ralph had been a member of the Channel Nine Midday Show Band with Geoff Harvey and hosts Ray Martin, Derryn Hinch and Kerri-Anne Kennerley. Other TV show bands include playing with the John Foreman Orchestra on Australian Idol for 7 years.

Ralph is currently working in Sydney and interstate as a freelance trumpet player involved in a number of different projects. He fronts his own bands the “Sydney All Star Big Band”, “Back to Back” and regularly features in a number of James Morrison’s bands.