Tom Hooten Trumpet Interview – The Other Side of the Bell #73

Welcome to the show notes for Episode #73 of The Other Side of the Bell – A Trumpet Podcast. This episode features trumpeter Tom Hooten.

Listen to the trumpet podcast right from your browser:

This podcast is brought to you by Bob Reeves Brass. 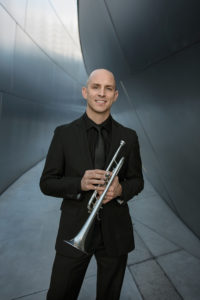 Hooten began his career in 2000 with a trumpet/cornet position in “The President’s Own” United States Marine Band in Washington, D.C., where he was often a featured soloist. He went on to join the Indianapolis Symphony as Assistant Principal Trumpet in 2004, the Atlanta Symphony Orchestra as Principal Trumpet in 2006, and the LA Philharmonic in 2012. He released Trumpet Call, his first solo album, in 2011. In 2019, he recorded John Williams’ Concerto for Trumpet and Orchestra, which was conducted by the composer. 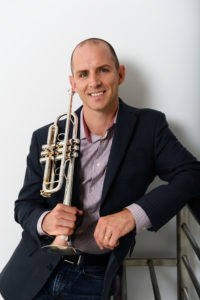 Hooten is on the faculty at the University of Southern California where he and his wife, Jennifer Marotta, teach the trumpet studio. He is a passionate educator and offers workshops on career development, audition preparation, and the mental approach to performance. Thomas has given masterclasses and recitals at Juilliard, Northwestern University, Indiana University, Mannes School of Music, San Francisco Conservatory, Guildhall School of Music, and many other locations throughout the United States and the world. A native of Tampa, Florida, he earned his Bachelor of Music degree from the University of South Florida and his Master of Music degree from Rice University. His primary trumpet teachers have included Armando Ghitalla, John Hagstrom, and Don Owen.