Welcome to the show notes for Episode #5 of the Trombone Corner podcast. This episode features former principal trombone of the Los Angeles Philharmonic, Ralph Sauer.

Ralph Sauer retired from the 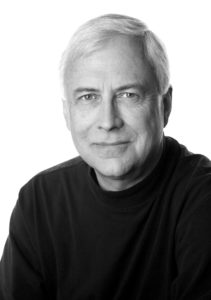 Mr. Sauer has performed as a soloist with many orchestras, including premieres of concertos by Kazimierz Serocki and Augusta Read Thomas. He has given masterclasses and recitals throughout Europe, Japan, Mexico, Costa Rica, Brazil, Canada, Australia, and the United States, and has appeared at the Stratford, Marlboro, Aspen, and Pacific summer music festivals. Mr. Sauer has been a visiting professor at the Eastman School of Music and at Arizona State University, and has taught at the Sibelius Academy of Music (Helsinki) and the Norwegian Academy of Music (Oslo). He is a founding member of Summit Brass.

Recent activities include performing as guest principal with the Malmö (Sweden) Symphony Orchestra, teaching at the Malmö Academy of Music, and leading masterclasses at various American universities. He continues to add to his catalog of more than 300 transcriptions for brass instruments.